The all new BMW S 1000 RR has it’s launch on Saturday 1st June at Bahnstormer and you’re all invited to experience what we are convinced is the absolute pinnacle of road legal superbikes currently available.

There has been a great deal of attention in the motorcycling press given to the new 2019 BMW S 1000 RR and the superlatives have been flowing, so understandably we were expecting something good. Also, we had sent Eddie and Hugh from the Alton and Maidenhead sales teams to the retailer launch in Portugal in February and both reported that it was indeed very good. What they failed to report, as it turns out, is that it is absolutely next level, game changing and utterly brilliant (we’ll be having words later). We now know this as we went on our own fact-finding mission, spending the last three days at the technical Alcarras circuit in Northern Spain with the new bike in M Package form and taking our BMW HP4 Race as a slightly ridiculous benchmark.

Alcarras is great testing ground. A long fast uphill straight challenges the outright power whilst the series of tight, looping bends and bumpy surface test brakes and suspension. For those who took the first generation RR to the track will know, its ability to whip any other stock machine to submission down the straight made it feel quite frankly like cheating. Other manufacturers eventually got their act together and the advantage dwindled, but now that feeling is back with a vengeance. Variable valve timing ShiftCam technology has given the engine a newfound strength in the low and mid-range that leaves even the magnificent HP4 Race slightly embarrassed. A couple of the bike magazines have reported a real-world 206 bhp at the back wheel and this really can be felt on the road and track. It is astonishing, even in the company of the WSBK spec Race. 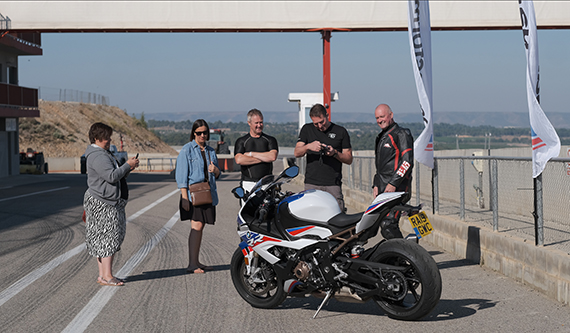 BMW’s decision to move away from Brembo for the braking system raised eyebrows but we’re pleased to report that nothing has been lost in power and feel, maybe even improving in the reassurance on offer. But what is most telling after a series of corners is just how well considered both the chassis and the accompanying electronics are. Fantastic composure coupled with refined traction control and ABS systems mean that they never get in the way of making good progress – even getting the rear wheel to lift on hard braking does not have to induce the ABS to unnecessarily cut in, it just takes it all in its stride. The TFT display is easily the best on the market with clear, customisable layout and endless adjustability of traction, suspension, engine braking, wheel lift, ABS and so on – it’s a joy to use. 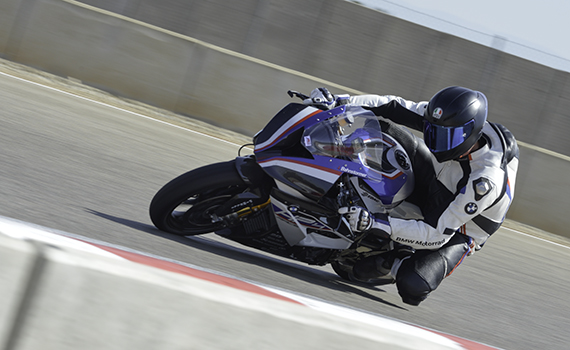 The suspension is the best ‘non-exotic’ system we have experienced, dealing with the bumps, dips and corners with unshakeable stability whilst the lightweight carbon fibre wheels give their contribution of precise and easy turn-in to the corners. None of this works on the road if the ergonomics of the bike have been lost to chasing lap times and we are pleased to report that the layout and ‘fit’ of the bike is fantastic. The fuel tank is more pinched providing superior support under braking and better control through the corners. Gear change is slick and precise, bars and seat well positioned – sporty but not compromised. 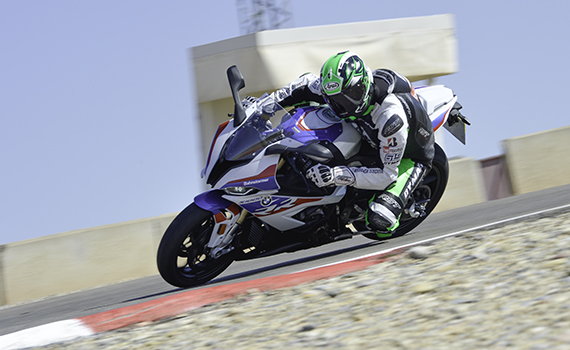 Joining our track event was notorious vlogger and 44 Teeth journalist, Baron von Grumble, who reported that the 2019 BMW S 1000 RR was ‘no longer just the best road bike on the market, it is a scalpel edged weapon on the track now too’. He was just 10 seconds off the outright lap record (Josh Brookes – 1:33.6) with an absolutely stock bike complete with number plates and mirrors after day one – he was as impressed as we were.

The bottom line is we love this bike and we are sure that you will too. It’s taken longer than anyone would want to arrive but we are very glad it’s here now! 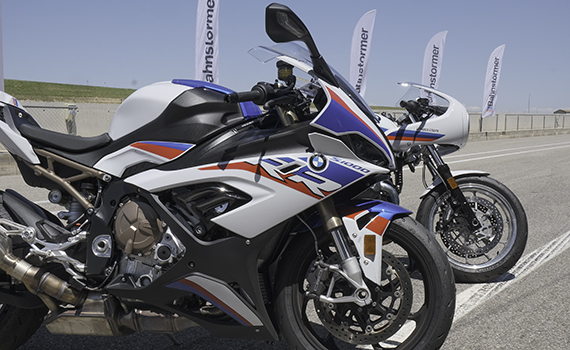 Saturday 1 June is your chance to meet the new S 1000 RR in the metal and learn more about its impressive credentials. Bahnstormer Alton and Maidenhead invite you to join us for the unveiling, complimented by a delicious barbecue. For those who are into their sports bikes we will also have the new BMW ProRace one-piece leathers in store, available in either off-the-peg sizes or bespoke made-to-measure, complete with custom panels, choice of cow leather or lightweight kangaroo, logo, perforations etc. Treat yourself to leathers that match the performance of your bike and remember that 0% finance is available on all BMW Rider Equipment and accessories through Bahnstormer. 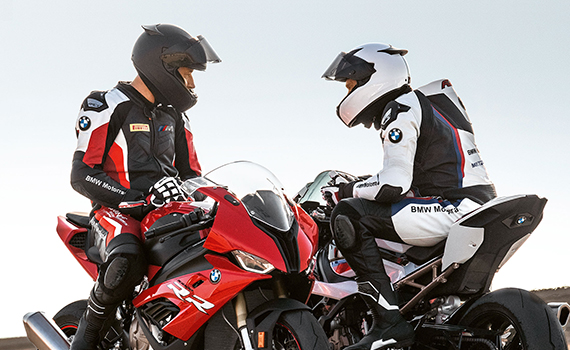 To find out more on the ProRace suit or to book a fitting appointment, contact our Product Geniuses in store.